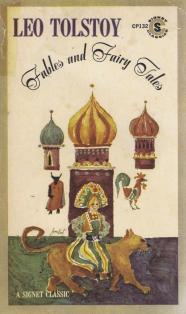 I was struck, last night, by the way in which the BBC’s magnificent production of War and Peace drifted in Episode 4 into what felt suddenly like a fairy tale. The previous week, Natasha Rostova had gone like Cinderella to the ball and fallen in love with her Prince Andrei Bolkonsky (resplendent in tight-fitting uniform and gold braid, in contrast to the tragic observer Pierre Bezukhov whose outfits always appear two sizes too big) in a suitably enchanted dance sequence.

Now, Andrei seeks the permission of his increasingly eccentric father, Prince Nikolai, to propose marriage to the Cinderella-like Natasha (who possesses the secret of happiness) and rescue her family from impending poverty. If that doesn’t all sound like the stuff of fairy tale, lo and behold, old Nikolai agrees to the match only on condition that the prince is banished from the kingdom for a year to test his love. A year and a day might have underlined the point, but the step into Faerie Land conjured thoughts of Celtic mortals lured away by the little people for a year and a day, and of Sir Gawain’s anxious year spent awaiting the avowed return blow after his beheading of the Green Knight.

All filmed against the fairy tale backdrops of Latvia and Lithuania, there is a distinct change in atmosphere at this point. Natasha is whisked away on a sled to the countryside where she seems bewitched by folk music into dancing a dance she doesn’t know. Returning to Moscow, she is seduced at the opera by the deliciously evil Helene Kuragina and her incestuous and lupine brother Anatole. Her happiness vanishes and she seems possessed by the predatory and already married rake, her childlike nature disappearing as if with a curse as she is pursued through a wardrobe of coats.

Perhaps reducing a vast novel to a television series inevitably involves a simplification toward types and motifs, and it is no less affecting for that, but Tolstoy was himself no stranger to folklore. He wrote stories for peasant children to study at the schools he founded on his estate, which can be found in Fables and Fairy Tales, and he made it clear the value he placed on such tales:

‘The artist of the future will understand that to compose a fairy tale; a little song which will touch; a lullaby or a riddle which will entertain; a jest which will amuse or draw a sketch such as will delight dozens of generations or millions of children and adults, is incomparably more important and more fruitful than to compose a novel, or a symphony, or paint a picture of the kind which diverts some members of the wealthy classes for a short time and is then for ever forgotten. The region of this art of the simplest feelings accessible to all is enormous, and it is as yet almost untouched.”

2 thoughts on “War and Peace: A Fairy Tale”