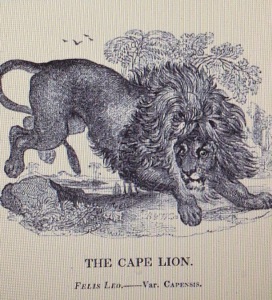 Today at the Tower of London it is the annual ceremony of the Washing of the Lions. All tourists must only watch by lockdown link this year! The noble beasts are to be released into the moat, where their keepers will take up brush and water and perform the dangerous yet dignified ritual of the annual scrubbing of the Kings of Beasts.

Lions have been kept at the Tower Menagerie since the year 1235, when the Holy Roman Emperor, Frederick II, presented a gift of three lions to the English King Henry III, to celebrate his marriage to Henry’s sister Isabella. Those three lions have endured as the symbol of English royalty, and the history of lions as residents of the Tower of London is a long and fascinating one.

(Most of the above is true. However, the lions will not in fact be washed today. Since 1698, it has been an April Fool’s Day tradition among Londoners to advertise the Washing of the Lions as a lure to unsuspecting tourists and a jape for those in the know. Sometimes, gilt-edged invitations have even been printed. But while lions were indeed resident at the Tower Menagerie for hundreds of years, they are no long present. And even if they were, any gathering to see them soaped would join the many who over the centuries have been left swallowing their missing pride.)